Nine questions for Fredrik Andersson after nine years as Dean

Shortly after the end of last year, Fredrik Andersson handed over the reins of the deanship of Lund University’s School of Economics to Mats Benner. What is Fredrik taking with him from his nine years as Dean of such an international and innovative place? What words of wisdom does he have for his successor?

1. Nearly a decade as Dean of the School of Economics – What strike you as the most memorable moments of those nine years?

“That question is unexpectedly difficult to answer when I think about it. There’s an old adage that ‘life is just one damn thing after another’; that’s actually a good summary. And by that I mean both joys and worries, both where I succeeded and where I failed. Perhaps you could say that it’s the scope of the job that’s so memorable – everything from presiding over conferment ceremonies and bestowing honorary doctorates to demanding and reviewing the annual activity reporting from the academic employees; everything from welcome speeches to personnel matters; everything from working at the university level in the Vice-Chancellor’s Management Council to finding meeting dates for our advisory bodies.” 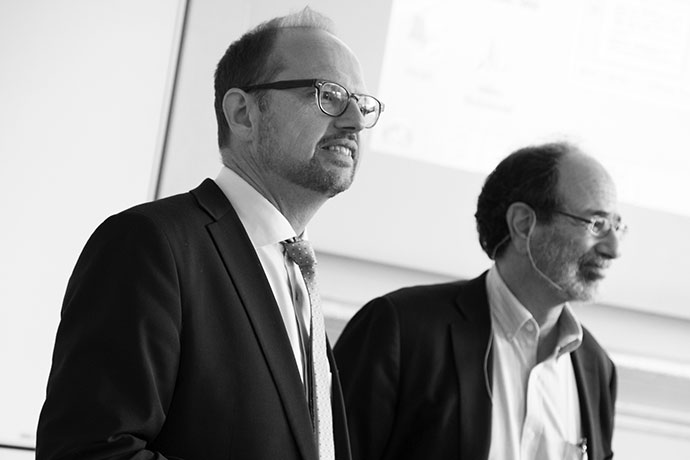 Fredrik Andersson, together with Nobel Prize laureate Alvin E. Roth, during Roth's visit to Lund to become an Honorary Doctor at LUSEM.

2. What is your proudest accomplishment as Dean?

“I always shy away from those kinds of questions, because it’s a team effort. The School of Economics is a fantastic organisation and it’s really the school that has accomplished things over the past nine years. I’ve also had the privilege of being part of a very strong management team. So when it comes to what’s been accomplished overall – and the things worthy of pride – there’s always a ‘we’ behind it. Having said that, I’m pleased and proud that the School of Economics has developed positively in many respects during my time in the position.

“And of course, one solid proof of this is that the School of Economics now has the three leading international accreditations, which gives us “Triple Crown” status, as well as the fact that we’re on three of the Financial Times ranking lists. As I said, there’s a ‘we’ behind all of it, but as of February 2021, the School of Economics is in a very strong position.

“In this context, I’m particularly pleased that the evaluation teams that scrutinised us in 2019–2021 noted our good collegial spirit and the commitment to achieving common goals among employees and students. As an evaluator myself, I know that’s not something you say and write just to be polite – you’ve actually seen it. I see this as proof that we found a good balance between actively leading on the one hand, while also allowing initiative and commitment to the organisation to develop of its own accord. That makes me proud.”

3. In retrospect, was there a challenge for which you weren’t really prepared? Or perhaps some particular challenge that you recall – and perhaps are satisfied with how you tackled it?

“Yes, but none of them are particularly glamorous. I can think of a couple of cases where there was a huge mobilisation by stakeholders, who were affected to varying degrees, against decisions we’d taken. In those cases, we were on the side of the faculty management and I’m happy about that, and I think that’s important.”

4. What words of wisdom do you have for your successor?

“It’s hard to say. I think you need to find your own way of doing things, both on your own – as Dean in this case – and as a management team. But it’s important to find a balance between leading and allowing the organisation to be driven forward on its own.” 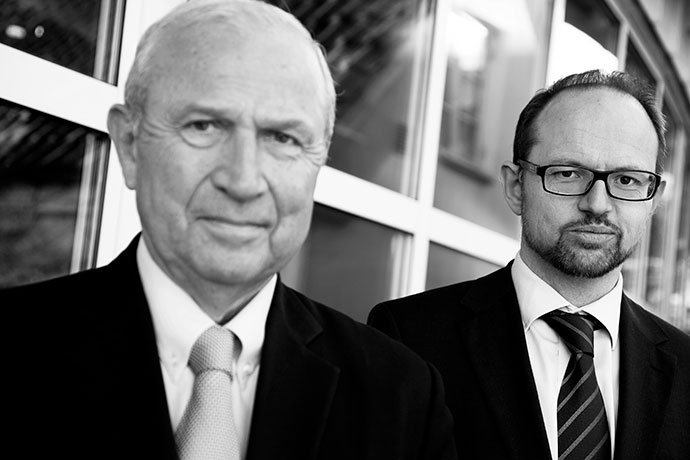 5. When you took over as Dean after Allan T. Malm at the turn of the year 2011/2012, you said, among other things, that you “believe in academic leadership. Open-mindedness and being a haven for free thinking.” Have you been able to focus on that over these nine years?

“That sounds pretty vague in retrospect! But it brings me back to the collegial spirit, which I think is strong at the School of Economics. People are open-minded and there’s room for free thinking, although I’m fully aware that there’s often far too little time for that.”

6. You also said that “we will recruit wisely and internationally, retain good employees, and ensure that our internationally strong research position is always reflected in our education and creates value for our partners”. Did that happen? Why?

“It did happen, in the sense that the development of the organisation as a whole has been good. In terms of recruitment, it’s difficult and absolutely crucial to continue developing in the right direction. I’m proud to have actively contributed to some really great recruitments, but there’s still work here to be done there, and it must be done continuously and throughout the organisation.”

7. Your successor in the post, Mats Benner, called you “a philosopher king” at the introductory meeting for employees of the School of Economics. What do you think he meant by that?

“That was nice of him to say! I think he was implying that I come from the academic side of things; I’m a researcher, teacher and economist to the core, and I tend to be purely intellectual when given the chance. And that it was with that base I spent nine years as Dean, with very different challenges than I’d had before.”

8. What do you look forward to doing now? Something that your packed agenda as Dean might not have allowed?

9. And what will you miss the most?

“Maybe I shouldn’t admit this – because it says something about my own weaknesses in this context, and about which you didn’t ask me – but there’s something straightforward about going to work with a full agenda.

Read more: The visions of the new Dean and Deputy Dean 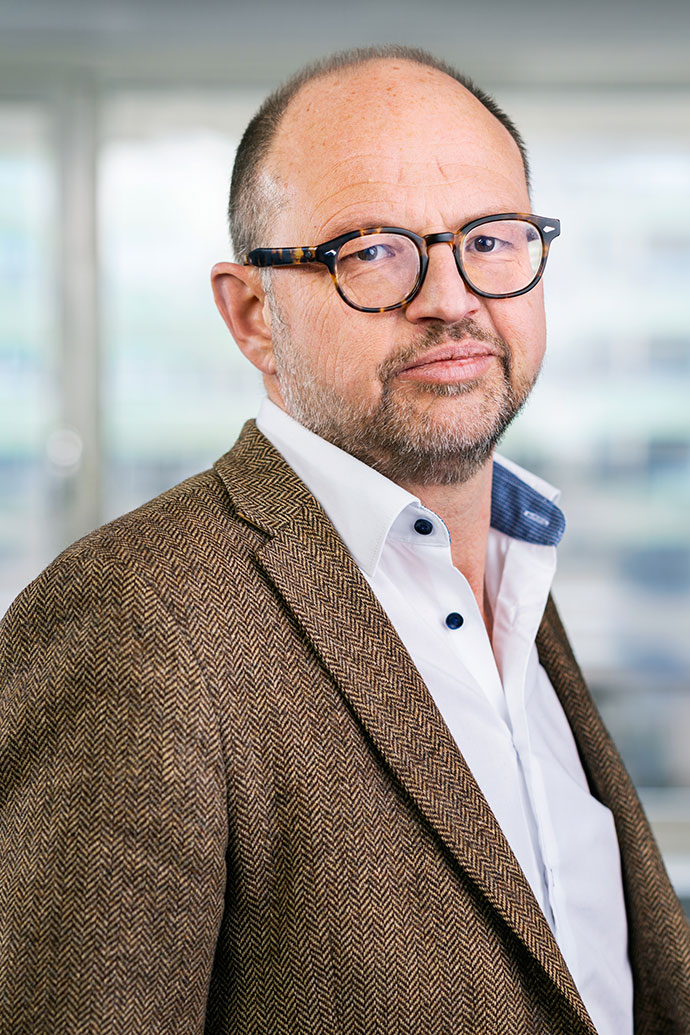 Fredrik Andersson is Professor of Economics at Lund University School of Economics and Management. He served as Dean of the School between 2012 and 2020.

His research is in applied microeconomics and contract theory. His most recent work has combined an interest in the foundational work on the make-vs-buy dichotomy, and an interest in out-sourcing of public-sector activities with a focus on the incentives created by different institutional arrangements.

From the photo album ... 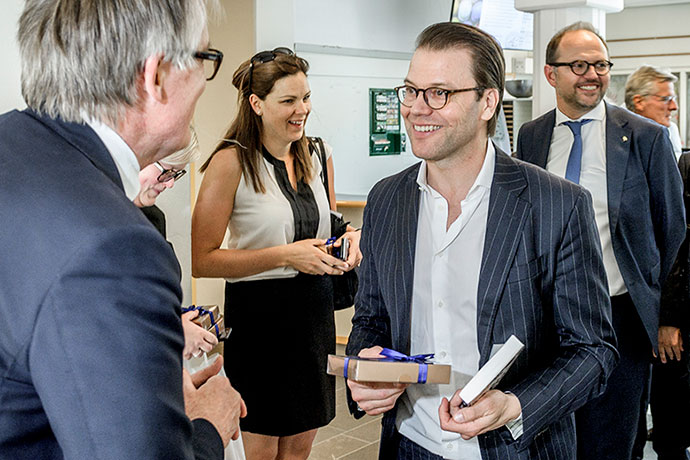 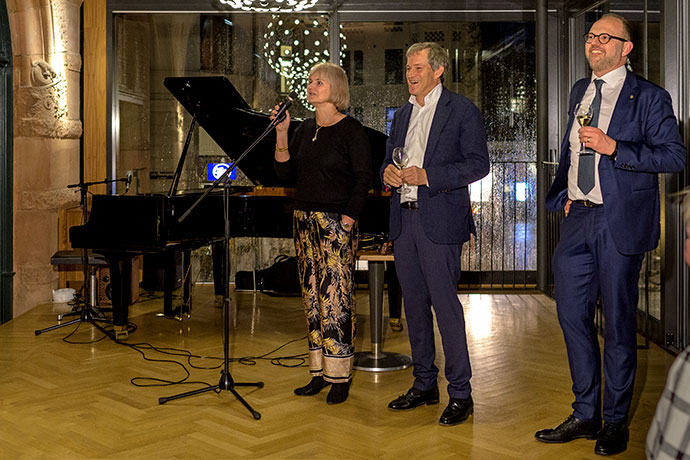 Åsa Söderberg, Jan Söderberg and Fredrik Andersson during the dinner for the very first recipient of The Jan Söderberg Family Prize in Economics and Management 2019. Photo: Kennet Ruona