The Lund University School of Economics and Management has decided to appoint research funder Tom Hedelius and Professor Steven Ruggles of University of Minnesota as honorary doctors. They will be promoted at a solemn ceremony in Lund Cathedral on 29th May 2020.

“Our new honorary doctorates have meant a lot to research, both for the School of Economics and Management and from a larger, national and global perspective. Tom Hedelius for his efforts as a research funder and Steven Ruggles as a pioneer in what we today call big data and open data,” says Fredrik Andersson, Dean at the Lund University School of Economics and Management.

Steven Ruggles (born 1955) is one of the founders of IPUMS, the world's best known "big data" project in the social sciences. It started as a project for the harmonisation and accessibility of the US censuses and has since expanded to become the world's leading institution for the provision of microdata to populations worldwide. Today, IPUMS contains nearly one billion observations from the US census and more than one billion observations from international censuses from more than 100 countries.

Through IPUMS, Ruggles has been a pioneer in "big data" and making research data freely available, in the way that today has become popular under the term "open data". Ruggles has been a major source of inspiration for Swedish researchers and archives, including demographers and economic historians at the Lund University School of Economics and Management. 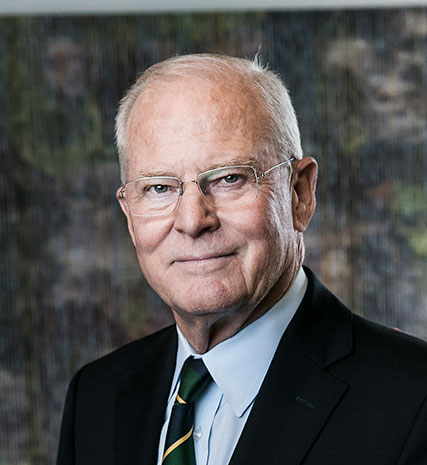 Tom Hedelius (born 1939) received a degree in business and economics (“civilekonom”) from Lund University in 1965. He was CEO of Handelsbanken from 1978 to 1991, after which he became chair of the board until 2001. He subsequently became chair of Industrivärden. Tom Hedelius has also held a large number of board assignments in other listed companies, including Volvo, AGA, Ericsson, Siemens-Elema, SCA, Skandia, Bergman & Beving, Addtech and Lagercrantz. Today, Tom Hedelius is chair of the Sandrews Foundation, as well as the Jan Wallander and Tom Hedelius Foundation, which awards grants and scholarships for economic research.

Tom Hedelius, together with Jan Wallander, has created the Jan Wallander and Tom Hedelius foundation, one of the Handelsbanken foundations, which awards grants and scholarships for economic research. The foundation works entirely on the basis of academic quality principles and means a great deal to Swedish research in the entire economic field. The foundation is an extremely important founder of several research projects conducted at a number of institutions within the Lund University School of Economics and Management.

Open talks in late May

The two new honorary doctors will visit Lund for the promotion on Friday 29 May. On the Thursday before, and the Monday after the promotion, they will host open talks, focusing on their work. More information on this will be found in our event calendar later this spring.

To the event calendar at lusem.lu.se