The Department of Economic History hosts a dynamic and diverse community of some 30 active doctoral students. They come from different backgrounds, and many have been recruited internationally. With singular exceptions, the doctoral students are recruited by different research projects at the department. While contributing to the overall research aims of the projects, they also develop their own independent agenda.

Martin Bergvall: The emergence, spread and development of divorce in Sweden 1880-2010

John Brolin: The long-term health and socioeconomic effects of childhood diseases and prevention

Marcos Castillo: Economic outcomes of Swedish immigrants in the US during the Age of Mass Migration, 1860-1940

Benjamin Chatterton: Colonialism and the socio-economic impact of the indigenous people: The case of Cape Colony

Louise Cormack: The role of early-life health on health and economic outcomes over the life course, 20th century Sweden

Johanna Fink: The Emergence of the Green State in Sweden

Nick Ford: The life course of graduates: Assessing the economic effects of education in Scandinavia, 1880–1920

Jonathan Jayes: Skills and technological change: the impact of electrification on the geographic distribution of skill gaps in Sweden

Jonas Kreutzer: Environmental Innovation — a Case Study of the Swedish Forest Industry since 1970

Valeria Lukkari: Formation, transformation and persistence of non-European elites in the colonial Kenya

Dominic Mealy: Crisis and Transformation: Marketisation in Western Europe after 1970

Markus Melles: Is Africa growing out of poverty? A comparative historical inquiry

Vinzent Ostermeyer: The Swedish Industrialization from an Establishment-Level Perspective, 1864-1900

Liuyan Shi: The long-term health and socioeconomic effects of childhood diseases and prevention

Anton Svensson: Retirement before the welfare state in Sweden from 1500-1850 - a comparative perspective

Rami Zalfou: Syrian Migration in the Past and Present 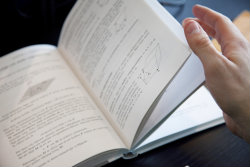 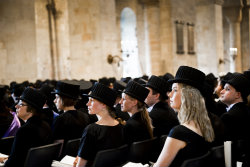 Meet some of our former PhD graduates